It’s a rainy Saturday afternoon in Columbus, Georgia. The Christmas tree is up in the Le Denney house, but it’s not yet been decorated. Seven-year-old Kalel, Kal for short, runs from one end of the house to the other, full of energy, going from Legos to Nerf blasters to maps to getting a popsicle out of the freezer.

Mom and Dad, Jennifer and Robert, sit on the couch for a minute to see if Kal’s energy will burn out. Anyone who’s ever been around a kid Kal’s age knows the approach of holiday season amps everything up. With his hair freshly spiked and his Alabama football shirt pressed, Kal is ready for wherever the day’s going to take him.

Kal is thriving at Johnson Elementary in Ms. Komer’s full inclusion class, meaning half the students have autism. They’ve had to fight for Kalel to get appropriate services through the school district. At one time, despite the autism diagnosis from private psychologists, the school psychologist labeled him with mild intellectual disability, which meant he would have been put into a completely different classroom. Jennifer says this was wildly inappropriate as “they’re not clinicians.” She wouldn’t care if her son did have intellectual disability; he would just get more services. It took five advocates over a span of one year to help them prove that Kal has autism and as such needs the appropriate services. Some of those services include behavioral supports, teachers who are specially trained, speech therapy, occupational therapy, and adjusting language as needed.

Kal is a young entrepreneur. Sherricka Day, an Aflac employee, used her company-encouraged volunteer time to create a business development program called Minor in Business, an incubator program for “kidpreneurs.” Kal took advantage of the opportunity to start his own scrap metal and recycling company called Super Scrap. He recruits individuals and businesses to become “Super Scrappers” who donate materials. With the profits he makes from recycling, Kal uses the money to invest in his own future landscaping firm. He’s purchased a riding lawnmower, weed eater, hedge trimmer and multiple leaf blowers, including one with a short spout that he can already use. Jennifer and Robert are so proud of their son’s ingenuity and drive.

Previously taking hip hop dance, Kal attends drama camp and Reptile Fest, and is thinking about trying piano next year. Recently, Chuck E. Cheese sponsored “Sensory Sunday,” an event to make their facility more welcoming for kids with autism. The cost of a lot of these activities are made possible by the Family Supports Program through New Horizons Behavioral Health. Jennifer submitted an application for a Medicaid waiver for Kalel in May, but she has received no response, despite the fact that they should have heard back within 45 days. They specifically hope to expand Kalel’s community activities and get help with respite care. 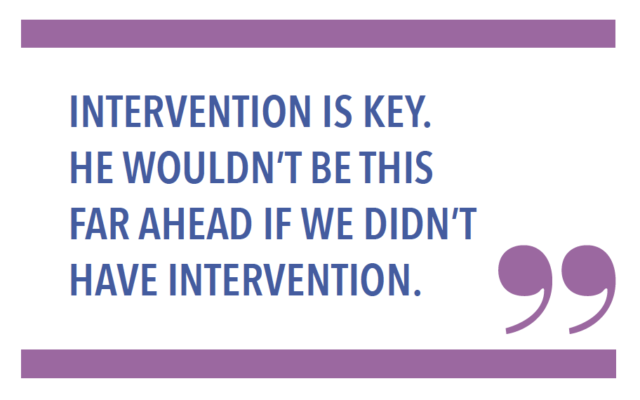 If given a chance to speak to a legislator, Jennifer would say, “Intervention is key. He wouldn’t be this far ahead if we didn’t have intervention. This heightens his chance of being independent, functioning, and contributing to society.” Jennifer is an active member of the Chattahoochee Valley Autism Study, a collaboration between Autism Hope Center, DBHDD and many individuals and agencies in the community. She says there are an estimated 3,000 people living with autism in the Columbus metro area. Jennifer also speaks about the importance of access to cannabis oil as a viable medical alternative. Although it has been approved for use, it is currently not legal to manufacture or transport cannabis across state lines, rendering it impossible to obtain legally. Cannabis is, therefore, not currently an option for the Le Denneys because they don’t want to break the law, especially given Robert’s job as a law enforcement officer. Still, for both Kalel and Jennifer, not having to take so many strong medications with side effects would be ideal. Robert talks about how proud he is of his son: “He’s come a long way from the beginning. He’s super smart. He’s all self-taught. He’s an amazing kid.”

Having tired himself out from the morning’s foray around the house, Kalel gets out his world map and lays down on top of it. His parents quiz him about places in the world. With the love and admiration of his parents, the drive to learn he already has proven, and hopefully ongoing and increased support from the community, this kid is definitely going places.

Telling Our Stories paints a picture of the complex systems of support that enable people with developmental disabilities to live their best lives. Spanning Georgia’s 56 state senate districts, these stories feature at least one individual who resides in each district – allowing this project to become a vehicle of advocacy for Georgians living with disabilities.

With his hair freshly spiked and his Alabama football shirt pressed, Kal Le Denney is ready for wherever the day’s going to take him.

What’s on Tap for the Storytelling Project for 2021 & Beyond 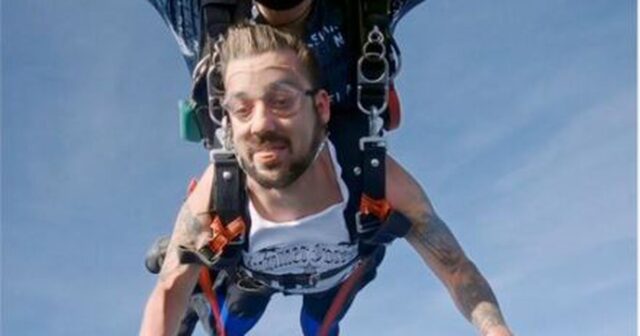 As reported in our recent e-newsletter, the Georgia Council on Developmental Disabilities (GCDD) has partnered with L’Arche Atlanta to bring the stories and voices of Georgians with intellectual and developmental disabilities (I/DD) and their families to light with the multi-phase Storytelling Project.

The documentary segment of that project, “6,000 Waiting,” premiered in January to rave reviews and continues to be screened virtually. Sangha Unity Network, The Jessamine Place, the Jewish Abilities Alliance and other groups have presented the film to their constituents and received glowing reviews. Shirley Brooks, executive director of the Jessamine Place remarked, “I was very proud of our screening this morning. The film is a wonderful motivator to get people to advocate to unlock the waiting list.”

On the national level, we are excited that the film will also be screened for the National Association of Councils on Developmental Disabilities (NACDD) on April 28 and all DD councils across the country will be invited to participate. To request information on hosting a screening of the film, for a complete list of upcoming screenings and more information on the film, visit the website at www.6000waiting.com.

On February 25, the storytelling team kicked off the next initiative on the ongoing project. Treasure Maps: The Georgia Storytelling Roadshow will offer a traveling drive-in theatre featuring a documentary in which ten Georgians with developmental disabilities share their stories. Treasure Maps will provide an up-close and personal viewpoint into what it is like navigating the complex webs of life in our communities as a person with a developmental disability.

Shannon Turner, who is a professional storyteller and the host of the first season of the projects’ Hidden Voices podcast, led 43 participants through an information session on how they could become one of the ten stars of the film. “The primary objective of this project,” said Turner, “is to provide a virtual stage for the important stories of people with developmental disabilities, inviting their stories in from the margins to the center of our communities. But an equally important component is to provide education and advocacy to the general population and legislators around the Medicaid waiver, a vital funding structure which supports the lives of people with developmental disabilities so they can live independently.”

The ten film subjects were selected from a pool of applicants and announced in March. They will participate in story development and public speaking training and have their story performances filmed. The roadshow will tour six cities across the state of Georgia – Atlanta, Dahlonega, Augusta, Savannah, Macon and Albany – in late June and early July. Learn more about the project on our Treasure Maps webpage.