Once or twice a week in the summer, Jack Clark’s family loads up a couple of bags with ice water, pretzels and watermelon and heads down to the Little River Marine Center to hop on a boat rental and reconnect with their inner happy place on Lake Allatoona. 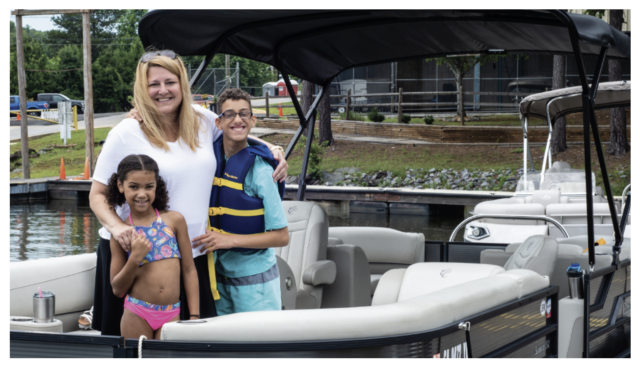 Jack is a 13-year-old boy with cerebral palsy and an intellectual disability. Because of his age, Jack only receives the Katie Beckett Waiver. But his mom, Chris, says that she plans to start the Medicaid waiver application this summer because the waiting list is so long.

She doesn’t want him to have a gap in services when he “ages out” at 18. The Katie Beckett Waiver pays for speech, occupational and physical therapy – but not music therapy, which is something Jack adores and would love to do. For several years, they were able to pay for orthotics that Jack needed out-of-pocket. The biggest thing that they do  not currently receive, which Chris would very much look forward to with a waiver, is respite care.

Jack is getting to an age where, in other circumstances, he could possibly be left alone, but not in this case. Taking care of Jack can take a lot of time and energy, Chris is also managing coursework as she continues her education. 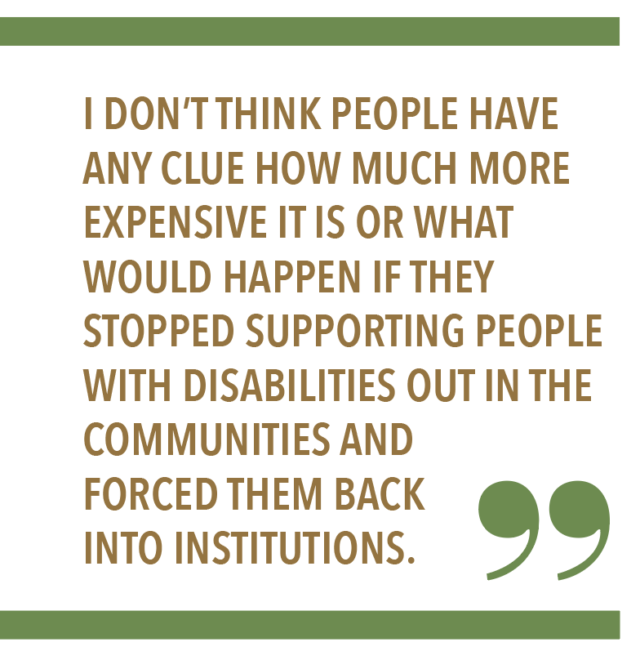 After she graduates Chris would like to get back to work – something that would be difficult without respite care.

If a legislator came to talk to Jack, he would tell them, “I want to go to college. I want to live with friends. Play football. Work for Delta Airlines.” Chris says the first thing she would do is to learn more about that legislator’s understanding of or interaction with people with disabilities. She neither wants to talk down to them nor miss the opportunity to educate them about her family and perspective. She would tell them what Medicaid reform really means and where that money is going to come from. “I don’t think people have any clue how much more expensive it is or what would happen if they stopped supporting people with disabilities out in the communities and forced them back into institutions.” 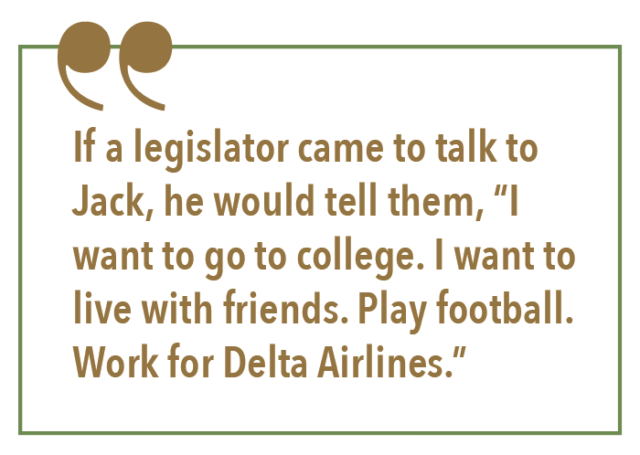 What does she want for Jack’s life? “I want more inclusive opportunities for Jack – for where he could live, for where he could work, for his future. I want him to be happy and challenged. If he wants to go to some college program, I’d truly welcome that, but we’d have to look for scholarship programs.”

Chris was in sales and marketing for many years, but adopting Jack has led her down a new path. After he exhibited signs of his cerebral palsy as a baby, they got into the Babies Can’t Wait program and had caseworkers. “They did okay, and had a little checklist they went down. But they didn’t do a good job of explaining what the program really is and how to navigate it. I had run sales for a $20 million company, but I couldn’t figure out all this involved.”

Inspired by – or perhaps driven by – her family’s experiences, she’s due to graduate with a masters in social work next academic year. 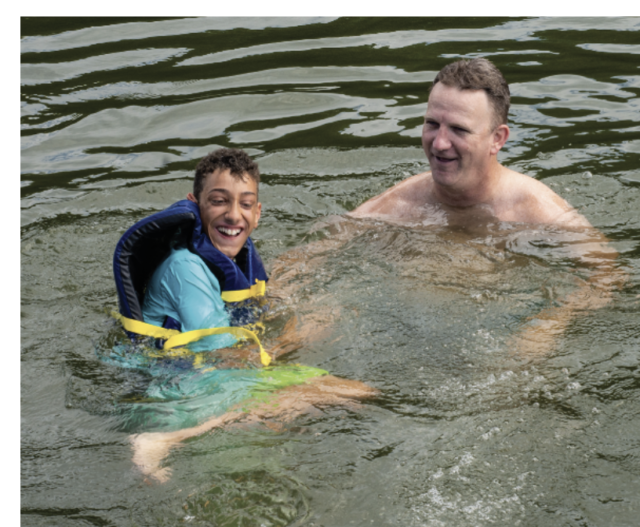 Jack’s father, Tim, a project manager in healthcare IT, has finished his last work call for the day. Since he’s the family’s assigned boat driver, his arrival means it’s time to go out onto the open water.

After idling slowly past the buoys, he puts it into full throttle and cranks up some country music. Jack, who’s been a bit sullen, immediately starts to smile and eases into a laid-back position on the boat’s prow. He mimics a DJ spinning records and then settles back down and lets out a giant sigh. The family looks for a cove to jump into water and swim.

When they find their spot Jack giggles with great delight, asking everyone to convince him to jump. He’s clearly found his happy place.